As a smaller, simplified version of the extremely versatile VideoMic NTG, the Rode VideoMic GO II ultracompact shotgun microphone is a radical departure from the original VideoMic GO, with significant upgrades to the body, shockmount, cable, and more. It gives video content creators, run-and-gun filmmakers, voiceover artists, and podcasters the sound of the highly regarded NTG shotguns in a convenient camera-mount mic that works with cameras, portable recorders, iOS and Android mobile devices, and USB-equipped computers.

Use the VideoMic GO II as a traditional shotgun mic for your DSLR or turn it into a digital microphone by connecting it to your smartphone, tablet, or laptop with separately available cables; in both configurations it delivers focused directivity, low noise, and isolation from external vibrations. When used as a USB microphone, the 3.5mm jack functions as a headphone output for monitoring the live signal or playback from your host device. Since the mic runs on plug-in power or USB power and has no controls or switches, it is easy and fast to operate.

Technology Ported from the VideoMic NTG

The VideoMic GO II utilizes a supercardioid polar pattern to focus on the sound in front of it while attenuating other sounds from the sides and rear. Its low-noise electronics and sensitive condenser element deliver more detailed audio than mics typically found in cameras and portable recorders.

A detachable 3.5mm TRS cable is supplied to quickly hook up your camera. The cable is wired in a dual-mono configuration, ensuring that the mic signal is sent identically to both input channels of your camera or portable recorder. Both short and flat, the cord is easy to keep tidy.

Plug the VideoMic GO II into your computer, smartphone, or tablet via USB to use it as a digital USB microphone for direct recording to your favorite software. Its integrated analog-to-digital converter operates at 24-bit / 48 kHz to provide full-resolution, uncompressed audio quality.

When using the VideoMic GO II as a USB microphone, plug your headphones into its 3.5mm output for convenient headphone monitoring.

No batteries are needed for the VideoMic GO II. It runs on plug-in power through the TRS connection to your camera, or it can be bus powered via USB.

Understanding that the rubber bands used in many shockmounts can snap and stretch, Rode chose to opt for a rugged Rycote Lyre suspension-style shockmount designed for attachment to a camera or boom pole. This simplifies setup of the mic and inhibits the transfer of vibrations from the camera. The shockmount's sliding rail system lets you shift the position of the mic forward or backward for perfect placement. Forget about messy cabling; the built-in cable management keeps the cord run orderly.

Rode Connect: Record with up to four microphones on a computer, with intuitive controls and powerful features. Create pro-quality podcasts or livestreams, and access studio-quality processing at the click of a button.

Rode Reporter: Configure device settings, including adjusting the input gain, engaging a high-pass filter, high-frequency boost, and pad, and recording broadcast-quality audio on the go with your mobile device.

Please Note: Camera in the pictures are NOT included ! 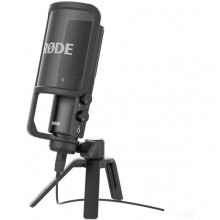 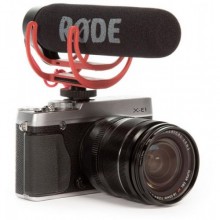 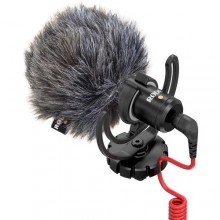 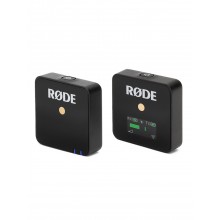 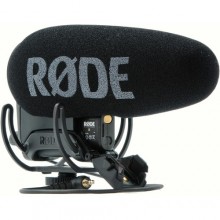 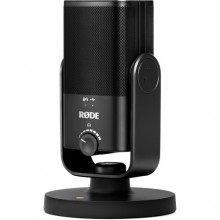 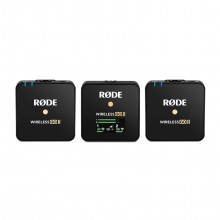 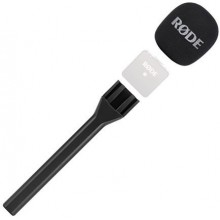 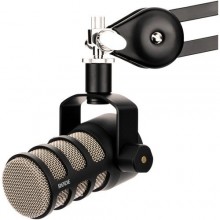